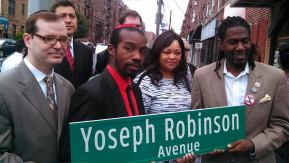 At the naming of Yoseph Robinson Avenue with Councilman Jumaane Williams, and others

Knocking some back with Erez “Diwon” Safar

Hanging out with the boys of the Punk Jews documentary, director Jesse Zook Mann and producer Saul Sudin

At the 2010 Jewish Mulitracial Retreat with Jews In ALL Hues founder Jared Jackson and URJ’s Vice President of Audacious Hospitality, April Baskin

Interviewing with the New York Times with Yitz “Y-Love” Jordan

Meeting up with cook and culinary historian Michael Twitty, Mr. Kosher Soul himself 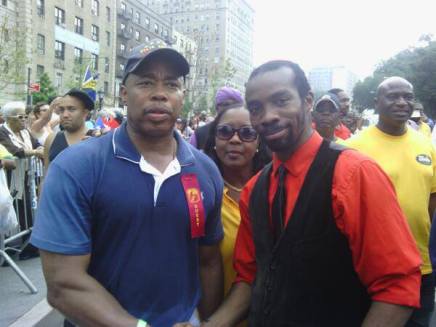 With Cynthia Nixon at the T’ruah 10th Anniversary Celebration 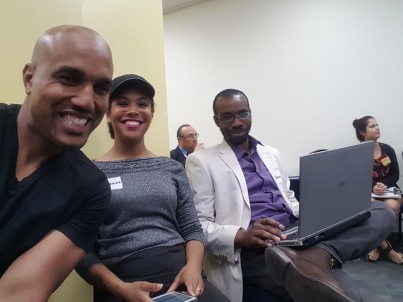 Me and the wife with inspirational speaker (and fellow JOC) Arel Moodie.